ARTICLE I – NAME AND LOCATION

This organization is formed under the non-profit laws of the State of Texas and is known as the TEXAS GULF COAST WRITERS at times referred to herein as TGCW, and is located in Beaumont, Texas.

The group is organized and shall be operated exclusively for literary purposes, more specifically, to provide support, encouragement, and education to its members in the development of their artistic and technical literary skills, to stimulate interest in and an appreciation for the art of writing, to encourage cooperation and free engagement among writers and others engaged in literary endeavors, to disseminate information concerning developments and activities in the field of writing, to generally carry on any other affairs in connection with the foregoing, to exercise any right or privileges incident to or reasonably necessary or convenient to accomplish the purposes of this association, to exercise the general powers of non-profit organizations, and for any lawful activity for which organizations may be formed under the Texas Nonprofit Law.

Section 1. Membership is open to all interested in the art of writing. All members in good standing, those whose dues are paid, are eligible to vote and hold office.

Section 2. Membership shall be obtained after completion of a membership form, and payment of fees. No person shall be denied membership because of race, color, sex, age, religion, sexual orientation, gender, creed, or national origin. Failure to maintain financial obligations to TEXAS GULF COAST WRITERS shall result in the loss of good standing privileges and membership. All members shall be eligible for the TEXAS GULF COAST WRITERS official publications, attendance at and participation in all meetings and conferences and such other rights, privileges and benefits they may be provided from time to time by the consensus of the membership.

Section 3. Any visitor is afforded two free monthly meetings, which do not have to be consecutive months, before being asked to join by paying dues. Any new member, someone who has not been a previous member, may qualify for reduced rates as follows: If persons join in the months January through May - $20.00 or if persons join in the months June through December - $10.00.

Section 4. All members shall pay required annual dues of $20.00 each January to retain membership status.

(b) Officers shall be elected in the following way:

(1) A Nominating Committee shall be appointed by the President after consultation with the Board.

(2) The Nominating Committee only after consulting members interested in running for an office, shall present a slate of candidates at the appointed meeting.

(3) The ballots shall be presented to the membership during the appointed meeting.

(4) Election of Officers for the coming year shall take place at the appointed meeting.

(5) Installation of Officers shall be held at the January meeting.

Section 2. Any responsibility or activity not specified in subsections (a) through (e) below shall be presented to the membership at an official meeting.

(c) SECRETARY: The Secretary shall give notice of all meetings of the corporation and of the Board. The Secretary shall be responsible for the recording and preserving of minutes and attendance of all meetings in an accurate and clear manner, and record all votes and the minutes of all proceedings in a file to be kept for that purpose; the Secretary shall relate necessary info. to the publicist and perform such other duties as may be prescribed by the Board under whose supervision he/she shall be, shall collect and preserve documents relating to the history of the organization and maintain such documents in official archives and shall make such narrative reports to the membership as the Board directs.

(e) PUBLICIST: The Publicist shall be responsible for gathering and publicizing material relating to upcoming events such as meetings, conferences, and other items of interest directly relating to the support and aims of the membership.

Section 4. The Board may appoint such other officers and agents as it shall deem necessary, who shall hold their offices for such terms and shall exercise such powers and perform such duties as shall be determined from time to time by the Board.

Section 5. The officers of the corporation shall hold office until their successors are chosen and qualify in their stead. Any officer elected or appointed by the Board may be removed at any time by the affirmative vote of the majority of the Board present at any meeting. If the office of any officer or officers becomes vacant for any reason, the vacancy shall be filled by an affirmative vote of a majority of the Board until such time as the general membership may vote to fill the position.

ARTICLE V – BOARD OF OFFICERS

Section 1. The Board of Officers, also known as the Board, shall be composed of current officers, Conference Director, if different than the President, and any other chairpersons appointed by the membership and who are members in good standing.

Section 2. The Board shall be charged with the management of all affairs of the organization, subject to the provisions of its articles of incorporation and by-laws.

Section 3. For the purpose of transacting the business of this organization during the intervals between the meetings of the Board, a majority of officers shall constitute an Executive Committee, with full authority to act.

Section 5. Any three officers listed in Section 1 shall constitute a quorum of the Board.

Section 6. In addition to the powers and authorities by these by-laws expressly conferred upon it, the Board may exercise all such powers of the organization and do all such lawful acts and things as are not by statute or by the articles of incorporation or by these by-laws directed or required to be exercised by the President.

Section 7. The organization shall indemnify and hold harmless each director and officer now or hereafter serving the organization for activities legally performed in good faith in performance of his/her duties.

These by-laws may be amended by an affirmative vote or written consent of a majority of the members at any regular or special meeting of the membership called for that purpose, the notice of which sets forth the purposed action or a summary of the changes made. 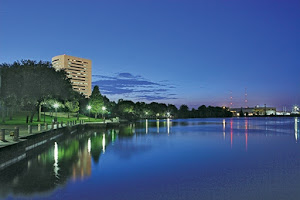 Educating, encouraging, and inspiring writers in the Golden Triangle and surrounding areas. 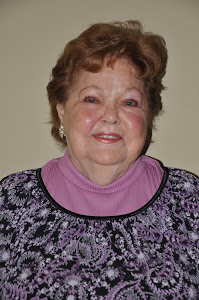